A commercial boutique litigation firm, Mestaz Law represents businesses, their owners and
executives, and entrepreneurs who have been wronged, bullied, or sued by others.

Mestaz Law’s relentless preparation, aided by its proprietary custom technology – The Chron – has brought it and its clients great success litigating against many adversaries. Mestaz Law is laser-focused on victory from day one.

The Firm's Three Steps To Victory

A litigator uses (i) witnesses, (ii) documents, and (iii) his or her own words, to tell a story to strangers so they rule in the client’s favor. Business litigation is dominated by documents, including contracts, emails, text messages, and digital office files. From day one, Mestaz Law front loads the case by mastering the documents as quickly as possible, so that any piece of evidence can be visually displayed at a moment’s notice. In our visual culture dominated by smart phones and short attention spans, using pictures to tell a well-paced story is critical to victory.

Mestaz Law relies on proprietary technology — The Chron — to pinpoint, for immediate visual display, all of the times, dates, emails, conversations, and other needle-in-a-haystack evidence that tells your story with efficiency, clarity, and visual impact. It quickly becomes clear that the firm has mastered the evidence and is ready for trial. That trial readiness is powerful leverage that, ironically, often prevents trial through a favorable pretrial settlement.

“The supreme art of war is to subdue the enemy without fighting.”  Sun Tzu

Walk the Walk in Trial or Arbitration

Sometimes a trial or arbitration is unavoidable. But that is where Mestaz Law shines brightest. The Chron has all of the evidence ready for instant visual display, which tells the client’s story in a memorable way. Trials move very fast. Fumbling around for documents, long pauses, and disorganization will annoy the judge and bore the jury. Daniel Mestaz, however, has the facts and evidence at his fingertips to move fast, quickly reveal if a witness has contradicted himself or a document, and tell a well-paced unforgettable story.

“Quickness is the essence of war.”  Sun Tzu

Call Us To Schedule A Consultation Right Now

Meet The Attorney Who Wins

With Custom Technology & A Simple Strategy 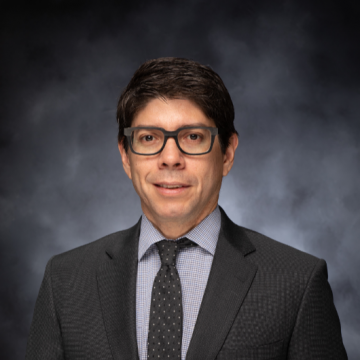 Daniel Mestaz is an AV-rated commercial trial attorney who looks at every case as his opportunity to go to battle and win. He has been litigating for over 25 years, representing tech companies, retailers, professionals, entrepreneurs, homeowners, and companies of all sizes. His winning edge? The Chron. This custom technology has brought him great success against some of the biggest firms in the country. He uses a David vs. Goliath approach in his practice; with relentless preparation, he stands up to bullies and focuses on victory from day one.​

Learn more about him here