Led by veteran trial attorney Daniel Mestaz, the Mestaz Law firm is dedicated to serving the legal needs of businesses who have been wronged or bullied by others. Mestaz Law’s relentless preparation, aided by its proprietary custom technology – The Chron – has brought it and its clients great success litigating against many adversaries. Mestaz Law is laser-focused on victory from day one.

The key to winning business disputes is having all the information you need to prove your case. Successful commercial litigation virtually always relies on many documents such as contracts, emails, letters, and other evidence. Mestaz Law is meticulous in organizing facts and evidence for superior storytelling. The firm is very thorough, and it’s better prepared than the other side to get justice for clients, in and out of the courtroom.

Mestaz Law is an ethical firm that tenaciously looks after the interests of those it represents, and it is nimble and small enough to listen to and give its clients the attention they deserve. The firm is honest and respectful always, combined with being aggressive and merciless, when necessary, to relentlessly pursue justice for clients.

When you need an unflappable, strong law firm on your side, with a long track record of success, Mestaz Law is the right choice for you. If you have been wronged by anyone – large or small – get the best edge to win a judgment or a settlement by moving faster and better to overwhelm your opponent with Mestaz Law. 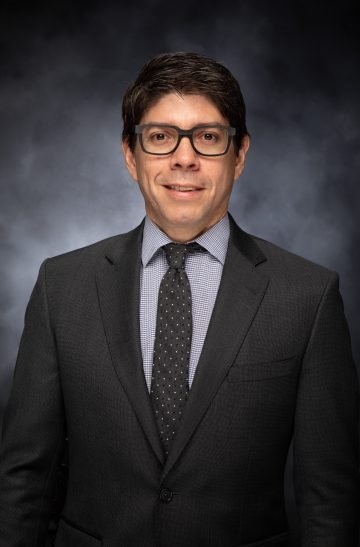 Daniel Mestaz is an AV-rated commercial trial attorney who has been litigating for twenty-five years. He has represented tech companies, retailers, professionals, entrepreneurs, homeowners, and companies of all sizes. His custom technology—the Chron—has brought him great success against some of the biggest firms in town. He is a David vs. Goliath warrior who, with relentless preparation, stands up to bullies and focuses on victory from day one.

As a commercial litigator, Daniel’s cases typically involve a contract dispute or business tort, such as an LLC member, corporate shareholder, or partner who has been deprived of stock or compensation, an oral business contract that was performed but the other side trumpets the lack of a written agreement, or the defense of such claims. He also focuses on business divorce or business ownership disputes, trade secrets, non-compete/non-solicitation covenants, and unfair competition. He has tried dozens of cases to courts and juries. He has particular expertise in electronic discovery, so that whatever the evidence, he can use it to the client’s advantage in the most efficient and effective way possible.

As a trial lawyer, Daniel is nimble, aggressive, and always ready. He knows that the key to victory is mastering the facts and evidence so that no matter what happens, he can put the key piece of evidence on a screen within seconds. Smooth and seamless. No fumbling. No delays. You would be hard pressed to find someone as thorough and prepared as Daniel.

Daniel went from a top six law school to nine years at blue-chip law firms in Los Angeles. As a BigLaw commercial litigation partner, he represented fortune 100 corporations in massive cases with hundreds of thousands, sometimes millions, of documents.

He resigned that lucrative partnership because he wanted more jury trials, so he moved to Arizona to try serious felony cases for several years. Now, as a small business owner himself, Daniel uses his skills to represent Arizona entrepreneurs and businesses in must-win lawsuits.

Matthew Hersh is a skilled litigator with extensive experience representing copyright owners, telecommunications companies, and other corporate entities at both the trial and appellate level.

Matt’s copyright practice involves nearly a decade working on behalf of record companies and artists with one of the nation’s premiere intellectual property litigation firms. He helped to formulate the music industry’s initial strategy for combating copyright infringement online, pursuing music pirates at home and abroad in order to clear the way for licensed online music services to get off the ground. Among his accomplishments, Matt managed the implementation of a groundbreaking settlement with a website operator that resulted in the first-ever copyright “filter” in a commercial peer-to-peer music network. He was a member of the briefing team for MGM v. Grokster, the Supreme Court case that established the liability of peer-to-peer file-sharing companies for infringing content. Matt also led successful litigation on behalf of a small family-run carpet designer and manufacturer against a major Las Vegas casino for the unauthorized use of a carpet design.

Matt has also developed a substantial appellate litigation practice over his career, briefing constitutional issues in the U.S. Supreme Court and a wide range of federal circuit courts and state courts. In August of 2022, Matt submitted an amicus brief to the Supreme Court in Warhol v. Goldsmith, a case with potentially groundbreaking implications for the “fair use” doctrine. In addition to the Warhol and Grokster copyright cases, Matt was a member of the briefing team in Rumsfeld v. Padilla, one of the first legal challenges to post-9/11 military detention policies to reach the Court; and contributed an amicus brief in Padilla v. Kentucky, a case establishing the right of non-citizens to effective representation at the pleading stage; Dickerson v. United States, a case reaffirming the Miranda rule; Christopher v. Harbury, a case involving alleged human rights abuses overseas; and United States v. Arvizu, a case involving search and seizure rights. Matt’s other appellate work has included the successful representation of General Dynamics in the appeal of a multi-billion dollar judgment in a government contract case, the successful representation of the American Bar Association in defense of the constitutionality of lawyer trust accounts, and the successful representation of WorldCom in defense of the discharge of claims in bankruptcy.

Like Daniel, Matt resigned his BigLaw position in order to provide legal services in a more diverse array of settings. In addition to his collaboration with Mestaz Law, Matt writes a daily column on developments in intellectual property law for Intellectual Property Law Daily, a trade journal put out by the prestigious legal publisher Wolters Kluwer. Matt has also maintained an extensive public interest and pro bono practice throughout his legal career, including the successful reversal of a murder conviction of an indigent woman in South Carolina and the successful representation of a young woman victimized by a sexual assault in the District of Columbia. Matt speaks Spanish fluently, and has lived and worked for many years in Latin America.

Have you Read Enough and Want to Schedule a Consultation? ﻿

Let us give you some options on what to do next