What Remedy Does a Corporation Have When an Employee or Principal Departs with Trade Secrets? 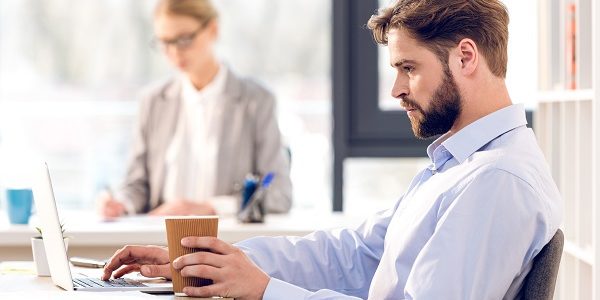 Trade secrets—such as formulas, business processes, or proprietary methods—consist of information that derive independent economic value by not being known to others, and which are the subject of reasonable efforts to maintain their secrecy. They can be the lifeblood of a successful business, but they often take a great deal time, money, and research to develop. Thus, when an employee or the principal of a corporation leaves for another job but takes company trade secrets with him, the misappropriation can have significant financial consequences. The company can lose its investment and the competitive advantage that it derived from its trade secrets. Fortunately, a victim of trade secrets misappropriation does have recourse through litigation.

By definition, trade secrets are not readily known in the industry and an employee cannot learn them through education or training outside of the business itself. This information is important because it puts the business a step ahead of its competition. Although businesses typically make some effort to protect their trade secrets, such as through a non-disclosure agreement, these efforts are often insufficient in two ways. First, they may not prevent misappropriation in the first place. Second, and arguably worse, the company information may not qualify as a trade secret because the company did not undertake reasonable efforts to maintain their secrecy.

If there is a non-disclosure or similar agreement in place, which is a common practice, it likely restricts the employee or principal from using or disclosing the trade secrets (or other confidential information that does not rise to the level of trade secrets), either during or following the term of employment with the company. If disclosure of trade secrets nonetheless occurs, the company can file suit for breach of the non-disclosure agreement. So long as the agreement is not overly broad, it is likely fully enforceable by a court. The non-disclosure agreement should be as narrowly tailored as possible in order to cover only confidential knowledge, trade secrets, or customer information that only could have been obtained through employment with the particular company.

Statutory remedies are also available for the misappropriation of trade secrets. Arizona has adopted the Uniform Trade Secrets Act, found at A.R.S. §44-401 et. Seq. The Act provides that a company whose trade secrets have been misappropriated can seek an injunction that prohibits the individual from further disclosing or using the trade secrets to benefit himself or herself or a competing company. The defendant may be ordered to pay damages as compensation for the corporation’s lost earnings or profits as a result of the illegal disclosure and the unjust enrichment enjoyed by the defendant due to the misappropriation A showing of willful and malicious misappropriation also can result in an award of exemplary damages, not to exceed twice the damages awarded in the suit. Alternatively, damages can be measured by liability for a reasonable royalty for the misappropriation. The Act also entitles the company, should it prevail in the suit, to seek attorney’s fees in the event of a motion to terminate an injunction made in bad faith or as a result of willful and malicious misappropriation. Similar remedies are available under federal law—the Defend Trade Secrets Act. 18 U.S.C. § 1836.

Mestaz Law has the experience and reputation that you want when you are dealing with a business-related lawsuit, such as the misappropriation of trade secrets or the violation of a non-disclosure agreement. Do not hesitate to contact Mestaz Law at (602) 806-2068, and see how we can help you resolve your legal matter.

Can You Remove a Business Partner for Bad Behavior?

How to Dissolve a Business Partnership

Tips for Avoiding a Business Divorce

What are My Legal Duties to a Partner in a Business Partnership?

Where Should I File My Business Lawsuit? Venue, Forum, and Jurisdiction in Arizona.

How Does Discovery Work in Business Litigation?