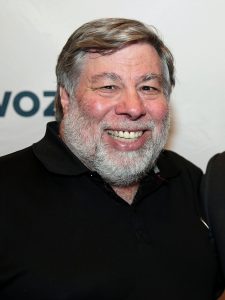 The U.S. Court of Appeals recently affirmed a copyright law decision that arose in our own backyard and that involves the legendary cofounder of Apple, Steve Wozniak. The case centers on Woz U, an online tech education platform (or “coding boot camp,” in the jargon of the trade) that Wozniak started in 2017. A professor at the University of Hartford business school, claiming that the idea was his in the first place, sued the tech legend for copyright infringement and a host of common law claims. And because Woz U is based here in Scottsdale, the professor brought his lawsuit in the Phoenix federal court. But things didn’t go well for the prof in the Valley of the Sun. The district court tossed the common law claims, and a jury rejected the copyright claim. Adding insult to injury, the district court required the professor to pay Wozniak’s attorney fees.

This week, the Ninth Circuit affirmed. In its unpublished opinion, the court touched on three points. Most importantly, the court said, there was no implied contract between the parties. People with ideas sometimes give them to people who can execute them—the screenwriter who shares her concept with a film producer is the classic example—and it’s obvious that the parties intended a deal. But the professor shared his idea as a pitch for a joint venture—a venture that Wozniak eventually rejected. Whatever the professor had implicitly proposed, the parties surely didn’t agree on it. The court also shot down the rest of the professor’s arguments. The common law claims were preempted by the Copyright Act, the court found. Congress rejected the idea of protecting ideas in that Act—so any state law that purported to do so was invalid. Finally, the court held, the district court acted within its discretion by awarding attorney fees for the copyright claim. The professor’s copyright claim was objectively unreasonable, and that put him on the hook.

Want to know more? Our counsel, Matt Hersh, wrote about the case in the IP Law Daily. You can find his article here.