The Summer Was Ripe With Copyright Claims

Autumn is descending upon us, but we’re still closely following many copyright cases filed over the summer!

Read on to learn how a famous American artist, two well-known entertainment brands, an Arizona Congressman, one of the most popular movies of the blockbuster summer season, and more are involved in issues brought before their respective courts. 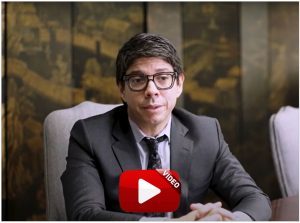 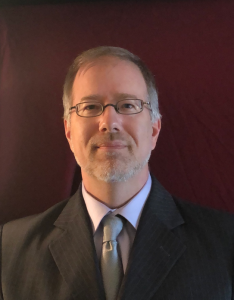 Happy back-to-school season everyone! Here’s a look at what’s been going on in the world of copyright during the summer:

The big news continues to be the Warhol v. Goldsmith case, which we profiled in a recent blog entry here, and it promises to be a landmark in the area of fair use. Yours truly was proud to write an amicus brief in that case (out of my Washington, D.C. practice) on behalf of a California photographer and photography licensing case. The issue will be argued before the Court in October and a decision is likely within months.

de Fontbrune v. Wofsy, July 13, 2022: Here’s another fair use case out of the Ninth Circuit. Back in the 1930s, a noted Greek art historian created a catalogue with nearly 16,000 photographs of the works of Picasso. A California fine arts publisher reproduced many of the photos in their entirety. Was the reproduction covered by fair use? The court said “No”. The publisher argued that, in essence, a photograph of a Picasso is a photograph of Picasso, so how could the photos themselves be protectible? But the photographs themselves had “creative elements reflecting deliberate choices of lighting, filters, framing, and angle of view.” Plus, the court noted, they were taken in their entirety, And that was enough to preclude fair use. I wrote about this case for the Intellectual Property Law Daily here.

Starz Entertainment, LLC v. MGM Domestic Television Distribution, LLC, July 14, 2022: Here’s a case that may well make it to the Supreme Court. It involves the application of the discovery rule in the context of ongoing infringement. Copyright actions have a three-year statute of limitations, but like most torts, there is a discovery rule that tolls the statute of limitations until the infringement was (or should have been) discovered. But what happens when there has been ongoing infringement? Specifically, can a plaintiff who timely files based on the discovery rule reach back to get more than three years of damages? The Second Circuit, in a case called Sohm v. Scholastic Inc., 959 F.3d 39 (2d Cir. 2020), said “No”. The Ninth Circuit, in this opinion, said “Yes”. This one may have to be resolved at the Supreme Court. I wrote about this case for the Intellectual Property Law Daily here.

One more fair use case out of the Ninth Circuit this summer. A digital publisher posted on its website a series of photos of a lake that briefly formed on a desert floor. The Ninth Circuit, reversing the District Court’s decision in favor of the online publication, found that the fair use defense did not apply because the photos were reproduced for the same purpose as the original use, namely to colorfully illustrate the natural phenomenon of an ephemeral lake. I wrote about this case for the Intellectual Property Law Daily here.

WB Music Corp. v. Royce International Broadcasting Corp., August 31, 2022: This lawsuit involves three radio stations owned by Ed Stolz, a figure widely known in the music and broadcasting worlds for his generations-long battles with the American Society of Composers, Authors, and Performers (commonly known as ASCAP). Stolz has been on the receiving end of multiple lawsuits over unpaid royalties by ASCAP, some of which date back to 1981. In the latest lawsuit, a trial court entered judgment against Stolz for $1.3 million in unpaid ASCAP dues, and put his stations into receivership. The Ninth Circuit held that the receivership will remain in place until ASCAP, other third party debtors, and the receiver himself is paid. I wrote an article about this case for the Intellectual Property Law Daily here.

Photography By Frank Diaz LLC v. Friends of David Schweikert et al. (D. Ariz. No. 22-cv-01170, filed July 13, 2022): Here’s an interesting new copyright case that has surfaced in our courts. David Schweikert, the Republican Congressman from Arizona’s 6th congressional district, won the Republican primary last month for the newly drawn 1st District, which covers parts of Maricopa County along with the Salt River and Fort McDowell Yavapai National tribal reservations – but that primary came with its share of controversy. Schweikert ran a campaign against primary opponent Elijah Norton that many branded as homophobic. Among other things, he circulated a photo of Norton with another man with the caption “Elijah Norton isn’t being straight with you.” The other man sued for defamation and the photographer who took the photo sued for copyright infringement. The case is pending in the District Court here in Phoenix.

Other Interesting Copyright Cases I’ve Written About This Summer

“A long-running dispute over the legacy of a famously reclusive artist reaches the federal courts” (Estate of Henry Joseph Darger v. Lerner, July 27, 2022)

* Mestaz Law’s counsel, Matthew Hersh, is an experienced copyright litigator and also a contributing writer for the Intellectual Property Law Daily, a leading trade journal that covers developments in copyright, trademark, and patent law. He’s writing a regular blog on copyright law that will be of interest to copyright litigators in Arizona and beyond. Matt is licensed in Washington, DC – his hometown – and his practice in Arizona is temporarily authorized pending admission under Rule 39(b), with supervision by Daniel Mestaz.

Lawyer Statistics You Want To Know

When making decisions about your law practice, it’s important to know where the industry is – and that includes statistics and information about what your counterparts are doing across the country. 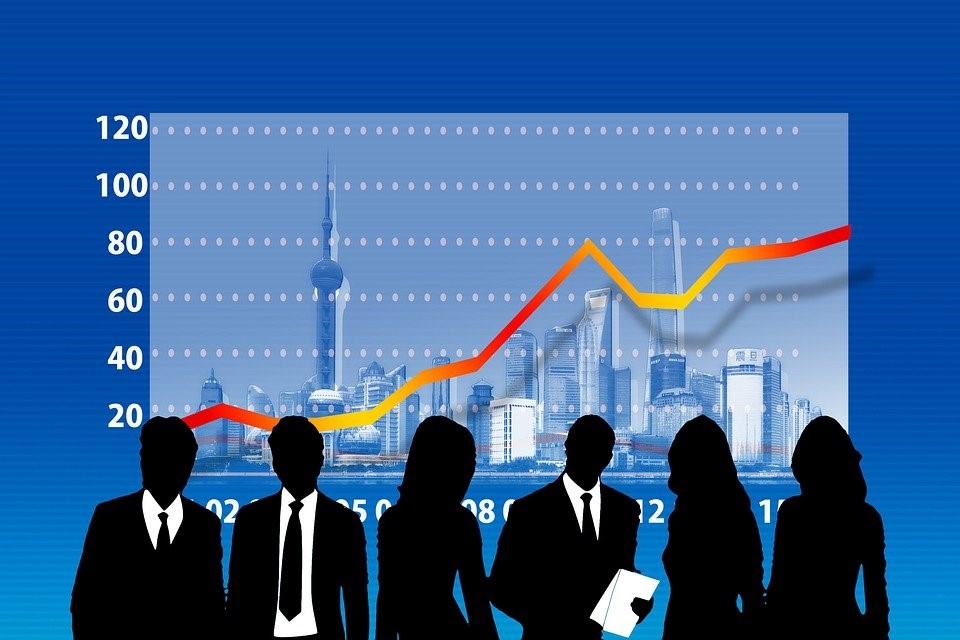 For now, we’ll take a look at some recent data, and a bit of history. In our next newsletter, we’ll delve more into what’s happening now.

According to a profile of the industry released in 2022 by the American Bar Association (ABA), there are about 1.3 million lawyers in America. To break it down further, that means 4 attorneys for every 1,000 US residents – but it’s important to know where the most concentration is also.

Did you know that 25% are operating in only two states? New York and California are home to the practices of approximately 325,000 lawyers. Just two years ago, Maryland and Massachusetts joined New York in the top three, but California has overtaken both to earn a spot at the top.

Perhaps you already know that competition is tough in those states and having a strong practice is a necessity. Read on to learn more facts from the ABA that can help you position your firm:

More statistics on our profession to come in next newsletter!

“Dan is such a pro and so smart. He understands how to put together a highly persuasive argument. I wouldn’t want to oppose him! Having him on our team was just a really, really fantastic thing and I felt pretty bad for the poor guy who flew in from Dallas to represent the other side – they got their ass handed to them” 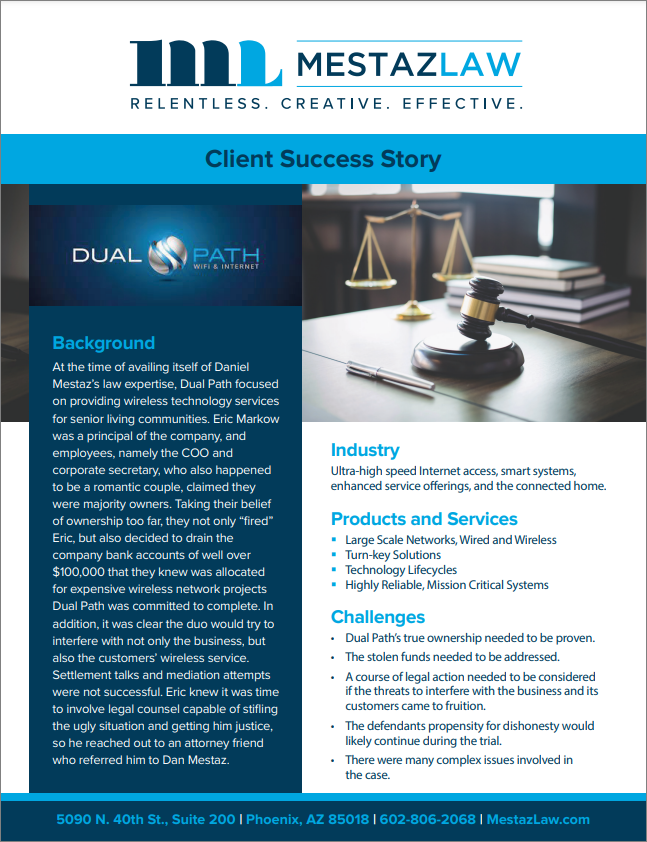 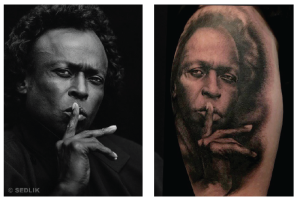 Andy Warhol was a genius. But the photographers he borrowed from to build his empire should have been fairly compensated for their work.

That’s the message Mestaz Law’s Counsel Matthew Hersh* (out of his separate practice in Washington, D.C.) communicated this month in a briefing to the United States Supreme Court.

This fall the Supreme Court will hear a case that brings together two of the biggest names in culture—and a question of law that has roiled the world of copyright for decades.